BREAKING NEWS....?  Check the first story under our 'Welcome' below...

Welcome to the Barossa Tourist Train Campaign website, where we present the story for and the actions being taken to return atourist train to Australia’s premier wine region.

This website - and the campaign it supports - is made necessary by the total lack of government support for a Barossa Tourist train at a time when South Australia generally - and the Barossa specifically - desperately needs new investment and a sustainable boost to tourism in the region, regarded as the ‘jewel in the Crown’ of the State’s tourist offerings.

Historically, the Barossa Wine Train operated successfully into the Valley (from Gawler in the South, through the Southern Barossa to Tanunda and then on to Nuriootpa, a distance of some 33 kilometres) until the financial and insurance fallout from the 9/11 disaster.

That line still exists today but lays dormant - but it can be refurbished at no cost to taxpayers.

This campaign, run by concerned Barossans and other rural-rail supporters, is aimed at taking the fight for a new Barossa Tourist Train to the State Government.

Please explore this website further, understand the argument, and add YOUR SUPPORT for the return of a tourist train to the Barossa!

THE FUTURE OF THE BAROSSA TOURIST TRAIN DERAILED STILL FURTHER?

The future of a Barossa Tourist Train may have returned to the ‘too hard basket’ following the pre-selection of Premier Marshall’s media apparatchik who (on February 13) was effectively ‘parachuted’ into the seat of Schubert to represent the Liberals at the 2022 State election.

So how does Hurn’s pre-selection affect the possible instatement of a Barossa Tourist Train?  Well may you ask!  Of the three candidates, only ONE came out publicly as a strong supporter of the BTT and who was willing to ‘crack the whip’ over the backsides of Department of Transport and Department of Tourism mandarins to make a BTT a reality.

​But now with Hurn now safely ensconced in Schubert, the Liberals are no longer likely to be pressured internally to see a return of the BTT – or other regional rail opportunities, for that matter.

(SEE our detailed summation of this turn of events, by downloading the PDF file below...)

THE WAY FORWARD FOR A TOURIST TRAIN TO THE BAROSSA? 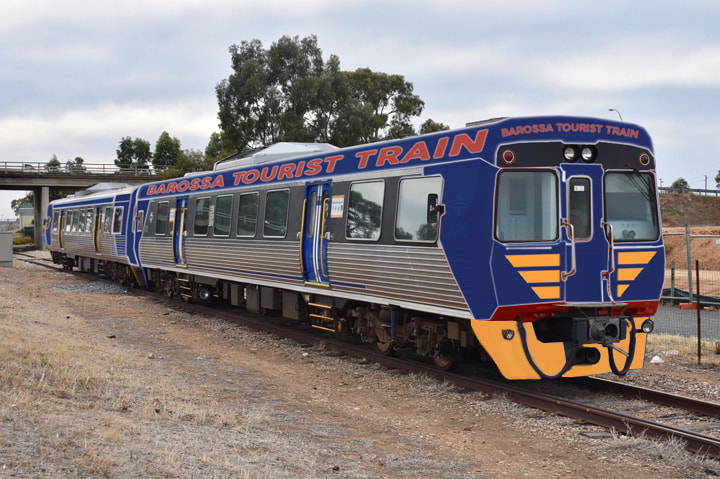 In the turmoil which has embraced the Barossa electorate of Schubert in the the last few weeks, SARRA is putting forward a new proposal which could see a Barossa TOURIST Train serving SA's premium wine and tourist destination after the State Election in 2022.

Our proposal is based on the election of a State LABOR Government in 2022 - which is highly likely given the change in Electoral boundaries, and the absolute rudderless steerage of State affairs by the Liberal Marshall Government on matters beyond COVID.

With many issues like Transport in a parlous state, SA is up the proverbial 'shit-creek'.

SARRA proposes an option to reconfigure some of the 3000 Class trains (which will become redundant when the Gawler line is electrified) for use as a BAROSSA TOURIST TRAIN!

​Want to know more....?  DOWNLOAD a brief summary of our proposal as a .PDF document below!